You know how some events split your entire life into “before” and “after”? That is exactly what happened to us after trying The Pulpo at Cervecería La Fábrica.

We did not plan for it. We were just passing by on the way to dinner, looking for a place to get some vino tinto and may be a little starter. And there it was. Buzzing with people talking and eating, and looking way too busy for us to stay – just until we were caught by the host on the way out and taken to a barrel-table, which just appeared out of nowhere. 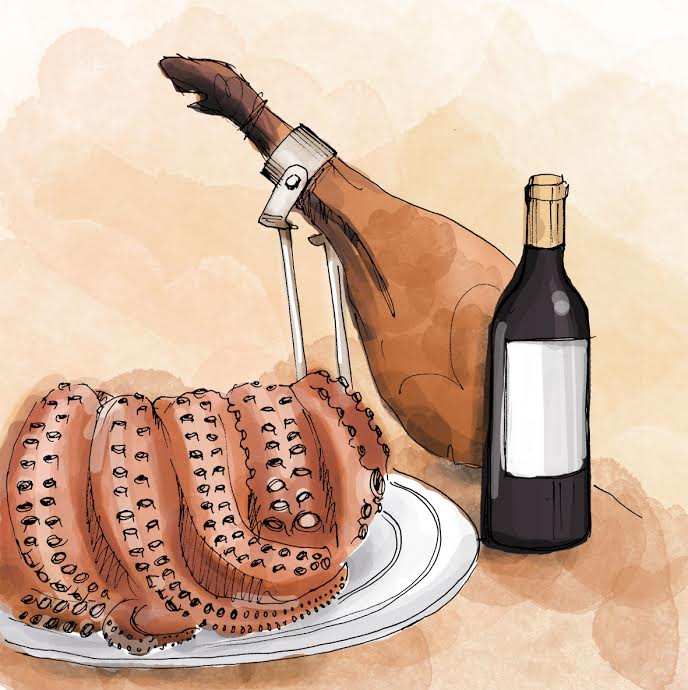 A few jokes later, we were convinced to try at least the octopus – The Pulpo – and we did not regret it for a moment.

The Pulpo was so tender, it was almost melting away in the mouth. The mix if spices, the oil – everything about it was so intense and so full of flavor… Ah, we will be re-living that first bite till the end of our days.

In fact, it was so good, we came back to Cervecería the next day (for the 3rd dinner that night, but this is another story).